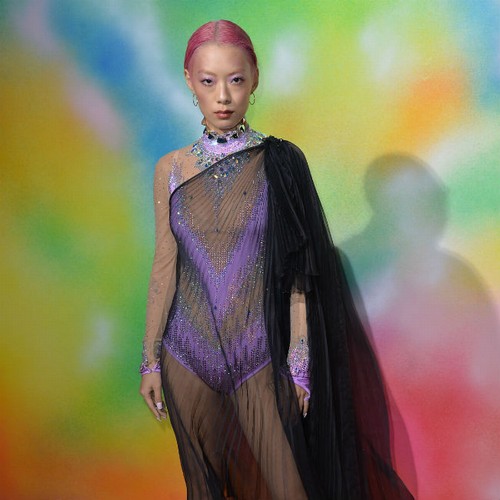 The ‘Chosen Family’ singer has revealed how the pop megastar’s 2020 LP, “a collection of songs and stories that flowed like a stream of consciousness” out of her imagination, influenced her forthcoming album, ‘Hold the Girl’.

In an interview with Rolling Stone UK, Rina said: “I remember when Taylor Swift released ‘Folklore’, I was like, ‘This b**** is writing about fake stories and she just wrote a whole album. If she can do it, I need to do it.’”

The 31-year-old singer’s trauma is interwoven into the 13 songs on the record, but she’s not ready to address what she went through directly yet.

Rina explained: “For me, it’s important that the listener is able to listen to it as a pop record first without that background, [and] make their own feelings about it.

“And then, when I’m ready, I think I will be able to talk about what it’s actually about.”

Rina used the new therapy she had to inform the tracks.

She admitted: “It was emotionally and personally one of the hardest things I’ve ever done.”

On how it shaped her follow-up to her 2020 debut studio album, ‘Sawayama’, she added: “The new kind of therapy really opened up new points of exploration and I really wanted to see whether I could make those things into a pop song.”

Taylor is not the only megastar who has influenced Rina.

Speaking about her idol Lady Gaga, she previously said: “I met her for the first time because our bus broke down outside Vegas.

“I was like, ‘Wouldn’t it be fun if we just spent the night in Vegas and saw a show. Imagine if Gaga is on’.

“We had a connection because I was on her remix album.

“I was able to meet her for the first time backstage and she was so sweet, so warm and so full of life.

Ways To Control Your Bad Temper For A Healthier Life Experience

Maverick’ and 9 More Sequels Released 10+ Years After The Original

What is a conversion optimization platform?

8 Jewelry Trends That Will Ensure You Shine Bright In 2023

As we enter 2023, it’s time to look ahead and plan your digital marketing priorities for the...

MY FIRST BOOK ABOUT SALAH

The US childcare crisis is a $122 billion economic threat