LinkedIn Provides New Update on Spam, Scams and Fake Profiles in the App

LinkedIn is detecting and blocking more fake accounts, thanks to improvements in its automated systems, while it also removed a lot more misinformation in the last six months of 2021, as per its latest transparency update.

LinkedIn’s Transparency Report for the second half of 2021 (July to December) provides a complete overview of actions taken on spam, misinformation, government takedown requests, and more, which provides some interesting perspective on LinkedIn’s efforts on this front.

And while LinkedIn isn’t targeted in the way that Facebook or YouTube might be on these fronts, there is still a lot of inauthentic activity in the app, with scammers looking to access information, and dupe LinkedIn users, with fake offers, connection requests, etc.

And with LinkedIn activity rising by 34% year-over-year, its main feed is also now being seen by more and more people, making it more appealing for those looking to spread false narratives.

Here’s a look at the key notes from LinkedIn’s latest transparency update.

First off, on fake accounts – LinkedIn says that its automated defenses blocked 96% of all fake accounts in the period, with 11.9 million attempts stopped in the registration process. 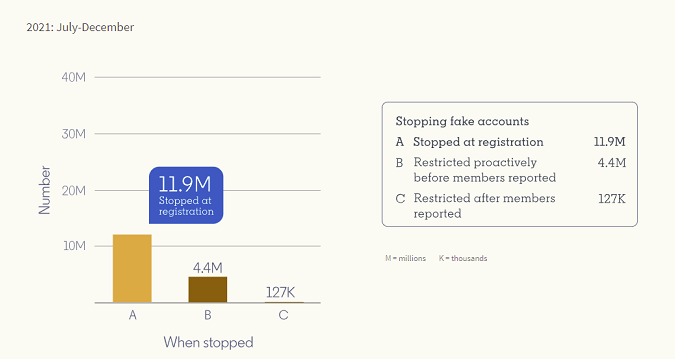 LinkedIn says that its improved detection technology contributed to a 19% increase in fake accounts being removed in the period prior to a member reporting them, which is category B in the chart above. That element has jumped from 3.7 million in the previous period, to 4.4 million now.

Of course, there’s no definitive way to prove that you’re catching all fake accounts. As Elon Musk is now finding on Twitter, the numbers reported are based on what each platform’s systems are able to detect, so it’s entirely possible that other false accounts are being created, and are not being detected in the same way.

That would belie some of this data – but still, based on what LinkedIn knows of, its detection systems are improving, which is a positive for real engagement and interaction in the app.

In terms of spam and scams, LinkedIn’s detection numbers have remained relatively stable versus previous reports. 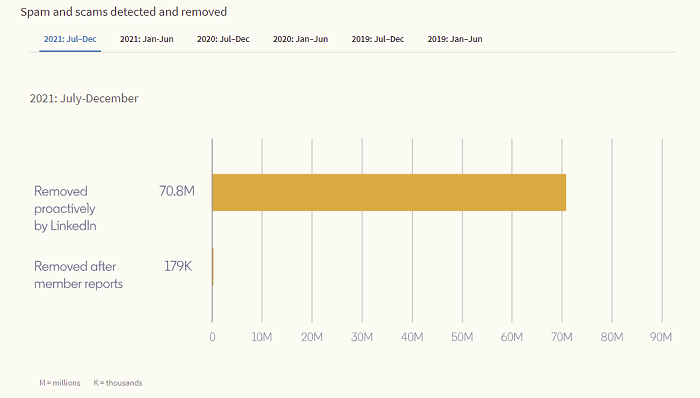 LinkedIn is, however, removing more misinformation, which it says is due to ‘enhanced automated defenses that enable LinkedIn to better detect potential misinformation proactively’. 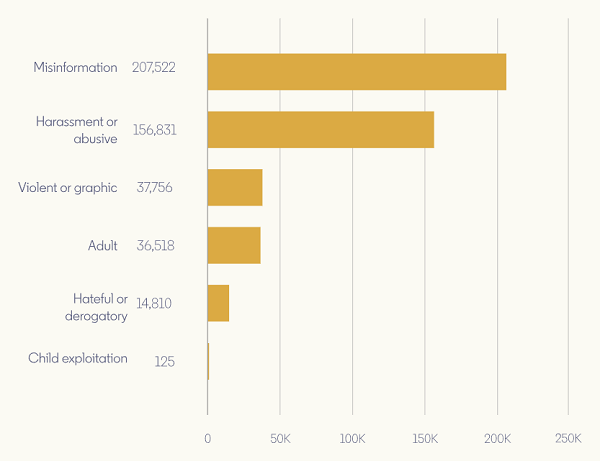 Again, part of that comes down to improved detection, but with increased engagement, LinkedIn may also be seen as more of a target for such, while there’s also been a raft of divisive topics in more recent times.

On another front, Government requests for data in the app have remained steady, with the majority of requests coming from the US. 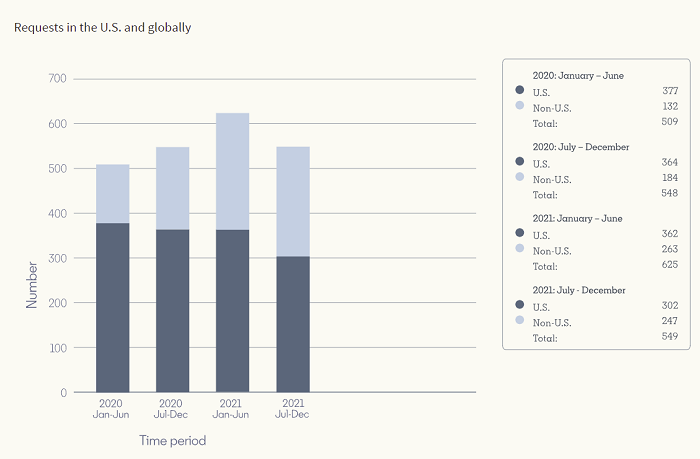 Though it is also worth noting that LinkedIn pulled its app out of China in October due to increasingly difficult compliance requirements being imposed by the CCP. That’s not reflected in these requests, but it’s another element to consider when measuring LinkedIn’s dealings with local authorities.

There are some interesting notes in LinkedIn’s transparency overview, though noting overly surprising or out of place, given outside changes and global approaches.

The bottom line is that LinkedIn’s systems are improving, though how much, exactly, it’s hard to say, because LinkedIn can’t report on what it can’t detect.

Based on what it can, it’s doing better at blocking harmful activity, but that doesn’t necessarily mean that all the LinkedIn fakes and spammers are being picked out from the heap.

How The 6 Most Popular Swimsuit Brands Actually Wear

How Leaders Can Cultivate a Fighter Pilot Mindset & Fail Forward

FOR THE LOVE OF LETTUCE

The Creator Economy is Booming. Here are 6 Trends for Live-Streaming in 2023