Was the Texas School Shooter Delusional? By Howard Bloom

Attention is the oxygen of the human soul.  A few of us who cannot gain attention by doing good will seek it by doing evil.

At 11:30 am on Tuesday, May 24th, 18-year-old Salvador Ramos, who did not have a driver’s license, crashed his grandparents’ four-door silver Ford truck at high speed into a ditch near the Robb Elementary School in Uvalde Texas.  He then entered through an unlocked back door, barged into a classroom, and, using an AR-15-style automatic rifle, killed 19 children who had graduated from fourth grade just a few minutes earlier.  He also killed their two teachers. 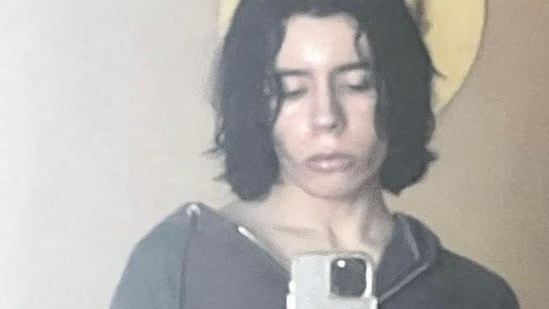 This was a mere eleven days after another 18 year old shooter with an AR-15 assault Rifle had killed ten people in a Tops supermarket in Buffalo, NY.

It was also the 213th mass shooting, and the 30th at a school in the United States this year.  Yes, in the last six months.   No other nation on planet earth has this track record of mass shootings.

So what is going on here and what in the world can we do about it?  First, there’s the problem of bullying.  Ramos had a stutter and a lisp.  He was bullied mercilessly in, guess where?   School.  He retaliated by picking fights.  And by becoming a loner.

For Ramos, the bullying turned school into a hell, so Ramos stayed away as much as he could. His classmates were due to graduate high school on Friday, May 27th.  But, with his poor attendance record, Ramos was about to become a high school dropout.

Meanwhile, Ramos came from a family that was comfortably middle class but troubled.  His grandparents owned two houses in Uvalde.  His grandfather installed air conditioning for a living.  But Ramos’ grandfather also had a criminal record. And Ramos’ mother had a drug problem.

Ramos had a big fight with his mom when he deliberately disconnected her wi-fi two months before the shooting.  One neighbor says that it took eight police to stop just one of Ramos’ fights.  After the fight over the wi-fi, Ramos moved out of his mom’s house and into the home of his grandfather and grandmother.

But this did not end the family strife. Ramos’ grandmother owned the house across town where Ramos had been raised.  And she was about to evict her own daughter, Ramos’ mom. The day of the killing, Ramos’ grandmother had a fight with him about an unpaid telephone bill and about not graduating high school.

However Ramos had decided on a way to end fights.  A week earlier, Ramos had celebrated his 18th birthday by buying two multi-thousand dollar Daniel Defense AR-15-style rifles.

Wired Magazine points out that these rifles are designed to explode their bullets inside of you with the force of a grenade. They are designed to mutilate you beyond recognition. Which is why identifying Ramos’ victims would be so hard.

Meanwhile, on May 9th, just two weeks before the shooting, Ramos had begun face-timing every day with a 15 year old girl in Germany.  On the morning of the shooting, he texted her that he has about to resolve his differences with his grandmother by shooting her.  He shot his grandmother in the face. Then he texted that he’d done the deed.

Next he jumped into his grandparents’ truck, and headed for the Robb Elementary school. But there’s a good chance that he was no longer  sane  Ramos’ only friend said that he’d recently changed.  One day Ramos had shown up for basketball with cuts on his face.  At first he said a cat had scratched him.  Then he confessed that he’d inflicted those cuts on himself with a knife.

But there were more clues to Ramos’ possible insanity.  Ramos had a day job at Wendy’s.  When he got into tiffs with his female co-workers, he would ask “Do you know who I am?”  That’s a clue to a psychotic, delusional state, a state in which you feel that you have been chosen by god for a special purpose.

Another clue to a delusional state is Ramos’ online handle, salv8dor, which may be an attempt to imply that he’s a savior. Then there’s his disconnecting of his mother’s wi-fi.  A possible effort to stop receiving messages from aliens or god.

But that’s not the only sickness responsible for this mass killing.  The United States suffers from the disease of gun addiction.  Texas has open-carry laws, meaning that people in the crowd waiting for word of their children’s fate outside of Robb Elementary School on the day of the shooting included at least one man openly carrying a gun.

There are only 330 million people in the USA, but there are more that 390 million guns.  The National Rifle Association says “the only thing that stops a bad guy with a gun is a good guy with a gun.”  But former Homeland Security official Juliette Kayyem, points out that if this were true, America would be the safest nation on earth.

Instead, we are the nation that invented the school shooting.

What do we do to stop the slaughter?  We need a system of background checks that will pick up on details like the six police who showed up Ramos’ home because of a serious fight.  And we need to go back to a ban on automatic weapons, a ban that one study says lowered mass-shooting deaths by 70% when it was in force from 1994 to 2004.

We can’t allow mass shootings to be a part of America’s daily routine.

Howard Bloom has been called the Einstein, Newton, and Freud of the 21st century by Britain’s Channel 4 TV.  One of his seven books–Global Brain—was the subject of a symposium thrown by the Office of the Secretary of Defense including representatives from the State Department, the Energy Department, DARPA, IBM, and MIT.  His work has been published in The Washington Post, The Wall Street Journal, Wired, Psychology Today, and the Scientific American.  He does news commentary at 1:06 am et every Wednesday night on 545 radio stations on Coast to Coast AM.  For more, see http://howardbloom.institute.

Mother-of-the-Bride Dresses: An Edit of the Chicest Around

Why Unqualified Social Media Marketers are Taking Over: An Expert Chimes In

Why is Writing Stuck in the Paper Age?

As someone who is equally devoted to books and the internet, I am endlessly fascinated by the...