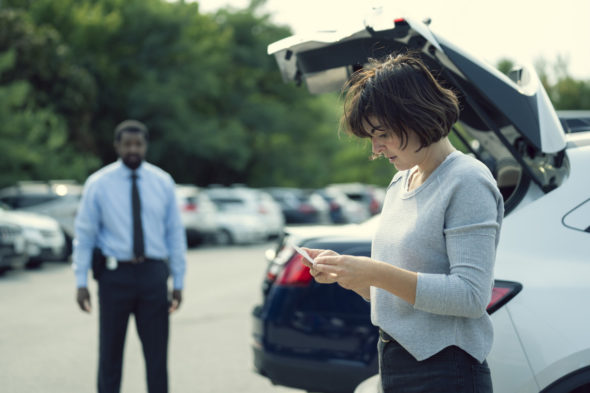 How will the current world situation affect Jenny and her loved ones? Has the Coroner TV show been cancelled or renewed for a fourth season on The CW? The television vulture is watching all the latest cancellation and renewal news, so this page is the place to track the status of Coroner, season four. Bookmark it, or subscribe for the latest updates. Remember, the television vulture is watching your shows. Are you?

Airing on The CW television network in the United States, the Coroner TV show stars Serinda Swan, Roger Cross, Éric Bruneau, Ehren Kassam, Nicholas Campbell, Tamara Podemski, Andy McQueen, Kiley May, Mark Taylor, and Uni Park. The series follows the life of recently widowed Doctor Jenny Cooper (Swan), a newly appointed coroner who investigates any suspicious, unnatural, or sudden deaths in the city of Toronto. Jenny taps into her intuition, as much as her intellect and heart, as she solves cases. In season three, Jenny must move past her trauma and embrace her whole self. In the process of healing, she and her live-in boyfriend Liam (Bruneau) are now separated and separately trying new forms of therapy. With Liam gone, Jenny finally has space to focus on herself — for all of five minutes. It isn’t long before death knocks at her door with a slew of new cases — both COVID-related and not — that force her to unleash the real Jenny Cooper locked inside. Meanwhile, Detective Donovan McAvoy (Cross) stares down the barrel of his own mortality in a very personal way, which propels him to investigate both his cases and his life with a new perspective. He may even find love. Ross (Kassam) confronts uncomfortable identity challenges, and Gordon’s (Campbell) Lewy Body Dementia causes him to lose himself in the possibility of a life once lived.

The third season of Coroner averaged a 0.08 rating in the 18-49 demographic and 635,000 viewers in the live+same day ratings (includes all DVR playback through 3:00 AM). Compared to season two, that’s down by 16% in the demo and down by 7% in viewership. While these numbers don’t include further delayed or streaming viewing, they are a very good indicator of how a show is performing, especially when compared to others on the same channel. Other economic factors can be involved in a show’s fate, but the higher-rated series are usually renewed and the lower-rated ones are cancelled. Find out how Coroner stacks up against other The CW TV shows.

The Coroner TV series originates on CBC in Canada and has already been renewed for a fourth season there. While there’s no guarantee that The CW will air those episodes in the United States, I am confident that they will. I’ll update this page with breaking developments. Subscribe for free alerts on Coroner cancellation or renewal news.

4/7/22 update: The CW has picked up the fourth season of Coroner.

What do you think? Are you glad that the fourth season of the Coroner TV show has been picked up by The CW?

JOSH AND GEMMA THE SECOND TIME AROUND

5 Essential Factors for Finding the Way in Your New Business

Treasury Secretary says the Federal Reserve likely wouldn’t accept a platinum coin if one were minted in...