Nebraska and West Virginia held primary elections Tuesday, and the race that got the most attention, the Republican primary for Nebraska governor, was won by Jim Pillen, a rightwing opponent of legal abortion, COVID-19 prevention and “critical race theory,” which hardly set him aside from the other two GOP candidates.

Pillen, a hog farmer, veterinarian, and University of Nebraska regent, beat relatively moderate financial guy and state senator Brett Lindstrom, and also overcame a partially self-financed run by “bull semen baron” Charles Herbster, who was both endorsed by Donald Trump and accused of groping by multiple women. Being accused of gross sexual assaults isn’t a prerequisite for a Trump endorsement, but it doesn’t seem to hurt, either.

In West Virginia, the Trump-endorsed candidate for the Second Congressional District, Rep. Alex Mooney, won the GOP primary, beating Rep. David McKinley. The two current Republican members of Congress had to run against each other due to redistricting, after the state lost one congressional seat. McKinley had been endorsed by Gov. Jim Justice (R) and Sen. Joe Manchin (D?), but was hurt by his support of Manchin’s bipartisan infrastructure bill, which did socialism by funding roads and bridges in the state. Trump made McKinley’s vote a central issue in his support for Mooney, because they’re all assholes.

In Nebraska, Pillen benefited from an endorsement by outgoing GOP Gov. Pete Ricketts, and possibly just as important, an endorsement from former U of Nebraska f’ball coach Tom Osborne, who also did a stint in Congress in the early aughts. At Pillen’s victory party last night, Ricketts, who was term-limited, said Pillen was a “true Christian conservative who shares our values,” so don’t go getting any ideas about Pillen being a lot better policy-wise than the Trump-endorsed Herbster. But at least the far-right Pillen doesn’t have any sexual assault allegations hanging over him.

Herbster was accused of groping by at least eight women in a story published by the Nebraska Examiner in April. Most said Herbster had inappropriately groped them while taking photos with him. The women were all very clear in saying he had grabbed their buttocks in a way that couldn’t have been described as an accidental touch.

The most serious charge came from state Sen. Julie Slama, who said that at a 2019 Republican fundraising dinner called “Elephant Remembers,” Herbster had reached up her skirt to grope her, as the Examiner story explained.

Another person attending the 2019 event saw Herbster reach up Slama’s skirt and had told the Examiner about it. That witness and two others said they saw Herbster grope another young woman on her buttocks at the same event.

When the Examiner asked Slama on Monday if the two incidents at the event had been described accurately, and whether Herbster had touched her under her skirt, Slama said: “Yes, confirmed,” but declined to discuss the incidents further.

Herbster has denied the incidents ever occurred, and has blamed Pillen and Ricketts for the stories, insisting the accusations were nothing more than a political hit job. He also claimed in a weird campaign ad that he’s every bit as innocent as Clarence Thomas and Brett Kavanaugh, which may not have been the rhetorical slam dunk he thought it was. Herbster has also sued Slama, accusing her of defamation, after which she filed a countersuit calling Herbster’s lawsuit a “frivolous and bad-faith attempt to bully a sexual assault victim into silence.”

The accusations certainly didn’t deter Trump from loudly and assholishly supporting Herbster, who of course insists Trump won the 2020 presidential election. At a rally earlier this month, the former alleged groper-in-chief, who’s been credibly accused by multiple women of assault and who bragged on mic about his love of getting away with grabbing women’s genitals, said, “I really think he’s going to do just a fantastic job, and if I didn’t feel that, I wouldn’t be here,” presumably referring to Herbster’s potential job as governor, not as an alleged groper.

In his concession speech last night, Herbster was very sad about how ugly American politics has gotten, which is a shame. He pledged he’d keep working to protect Nebraska children from “critical race theory” and from sex education. Why did Herbster lose? Don’t ask why.

Herbster said the gubernatorial election was one of the “nastiest” elections in Nebraska’s history, and some audience members spoke out to add “in the country.” Although he never specifically mentioned the allegations against him, Herbster said he was disappointed that the negativity likely had an impact on the results.

Reached for comment, God Almighty said in a statement that His hands had nothing to do with Herbster’s alleged behavior.

Pillen, who also campaigned against abortion and “critical race theory,” which we assume must be all the rage with Nebraska schoolteachers these days, pledged that one of his top priorities as governor would be

keeping youth from leaving the state for opportunities elsewhere. “Guess where the grass is the greenest and the tallest,” Pillen said at a rally on Monday, “right here in Nebraska.”

It is not known at this time whether young people in Nebraska will find green grass all that alluring, particularly if it means staying in a state full of Nebraskans.

In Nebraska’s Democratic gubernatorial primary, state Sen. Carol Blood easily won against a challenger who seldom showed up to campaign. In heavily Republican Nebraska, Blood will have a difficult time getting traction; Nebraska hasn’t elected a Democratic governor since Ben Nelson, who served from 1991 to 1999 and then went on to serve in the US Senate until he retired in 2013. Nelson holds the distinction of being the last Democrat to win statewide election in Nebraska.

Also too, the primary determined the two candidates who’ll run to replace disgraced former GOP Rep. Jeff Fortenberry, who resigned earlier this year after being convicted of corruption. Sadly, neither Republican Mike Flood nor Democrat Patty Pansing Brooks has a name as melodiously mockable as “Jeff Fartenberry.” 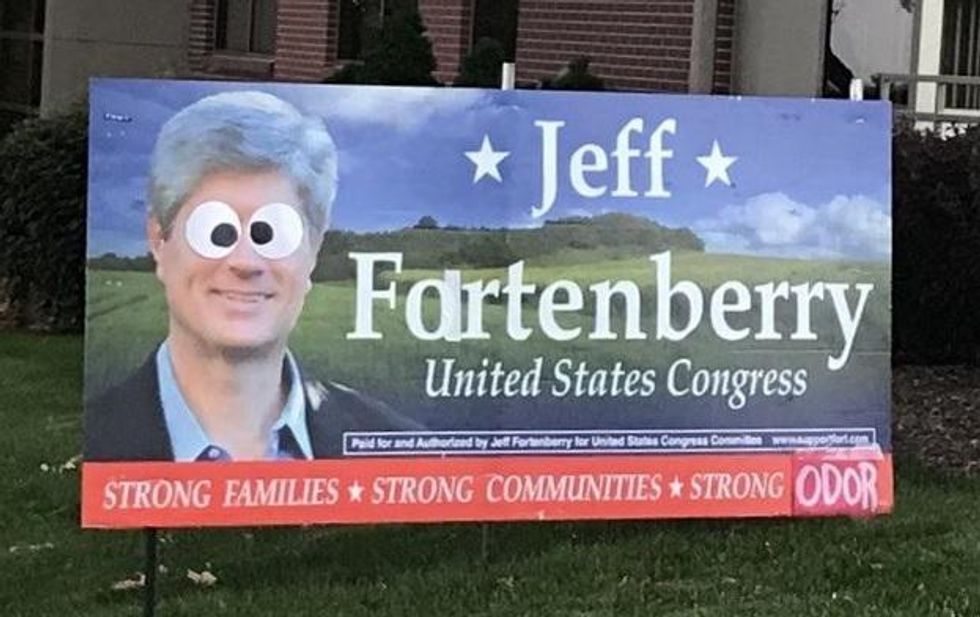 Yr Wonkette is funded entirely by reader donations. If you can, please give $5 or $10 a month so we can keep you up to date on all the latest campaign sign vandalism.

Who Should Perform? Vote! – Billboard

WeChat Statistics for 2023 That You Need to Know [Infographic]

Interview with Sarah Hualde, Author of A Raven Remix

7 Trends In Talent Acquisition For 2023

Tags vs. metadata in DAM: What’s the difference?