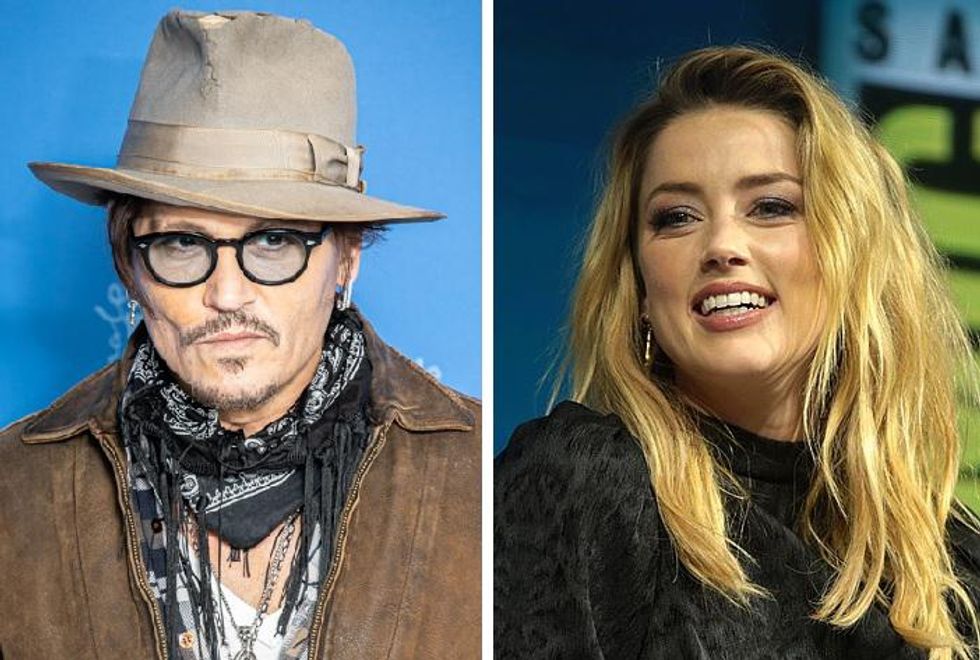 The trial in the defamation lawsuit against Johnny Depp’s former spouse Amber Heard, which lasted approximately 27 years (or six weeks if press accounts are to be believed) ended yesterday with a verdict in Depp’s favor, awarding him $15 million in damages: $10 million in compensation, and $5 million in punitive damages, which the judge reduced to Virginia’s statutory limit of $350,000. The seven-person jury also found in favor of Heard’s countersuit, awarding her $2 million. Depp accused Heard of libel for a 2018 Washington Post op-ed in which she said, without naming Depp, that she was a “public figure representing domestic abuse,” and Heard countersued over Depp’s attorney’s 2020 statements that her allegations of abuse were a “hoax.”

The trial created intense publicity, and sparked an online feeding frenzy by a weird mix of Depp fans who supported him because they considered his claim valid, as well as trolls, bots, and rightwing/manosphere extremists who seemed primarily interested in trashing Heard because she was a woman who had accused a powerful, if fading, Hollywood star of abuse. A lot of bot activity was in support of Depp, although there were also bot accounts supporting Heard — but launched by “third-party apps trying to capitalize on the trial.”

We aren’t going to go much into the details of the case itself, which is summed up pretty well at Vox, instead, we want to look at some of the implications of the trial and verdict for domestic abuse victims, for the media, and for American politics. Like, it can’t be a good thing that Ben Shapiro’s Online Culture Wars Emporium spent $50,000 on ads pimping its trial coverage, which mostly trashed Heard, or that the Republican minority on the House Judiciary Committee celebrated the verdict on Twitter.

Yes, that’s the committee where Rep. Jim Jordan (R-Ohio) serves as ranking member. Can’t imagine why a guy accused of ignoring the sexual abuse of college wrestlers at Ohio State would want to be seen applauding a verdict favoring an accused abuser. Maybe he just roots for the rich, popular underdog.

And sure, we know that in a complex civil case where what’s being determined isn’t whether a crime took place but rather whether Heard’s op-ed met the high legal bar for defamation of a public figure, it might be simplistic to base your opinion simply on whether someone is/was a terrific actor, or who all the deplorables are rooting for. But good Crom there are some toxic people treating this verdict as a much-needed reversal of the Me Too movement, and that’s at best unsettling and at worst kind of terrifying.

We’d also point out another weird aspect of the case: In the UK, where plaintiffs have a built-in advantage in defamation cases, Depp lost his 2020 lawsuit against the Sun tabloid, which had called Depp a “wife beater.” In UK defamation cases, the accused party has to prove that they actually said a true thing, while in the US, a plaintiff who’s a public figure has to prove that the accused party not only said something untrue, but that they knew it to be untrue — that they acted with “actual malice.”

A Washington Post legal analysis notes that while Heard wasn’t named as a defendant in the British case, she did testify, as a witness for the Sun. That case was heard by a judge, who ruled that “the great majority of alleged assaults … have been proved to the civil standard,” and so Depp had not been defamed.

The US case, however, was heard by a jury, and that may have made all the difference, says WaPo:

Mark Stephens, an international media lawyer familiar with both cases, said Depp’s legal team in the United States ran a strategy known as DARVO — an acronym for deny, attack, and reverse victim and offender — in which Depp became the victim and Heard the abuser.

“We find that DARVO works very well with juries but almost never works with judges, who are trained to look at evidence,” Stephens said. […]

Even though the Virginia case had a much higher standard to cross for Depp’s team, “that didn’t impact the outcome because essentially what you have got is a jury believing evidence that a British judge did not accept, so that’s where the difference lies here. Unusually, not in the different legal frameworks.”

Basically, Depp’s attorneys portrayed Heard as the bad guy, and as having abused Depp, and the jury agreed.

More seriously, the jury verdict, as MSNBC legal analyst Danny Cevallos argues, seems disconnected from the evidence given in the trial.

Depp’s path to a win wasn’t an easy one. He always had the burden of proof as to every element of defamation. What this verdict means is that the jury found Heard and her evidence completely unbelievable. More than that: It means the jurors didn’t believe Amber Heard was ever abused. Physically or otherwise. Not once. […]

The jury could have found Heard to have exaggerated. It could have even found her at times not credible. All the jurors needed was one instance of abuse and Depp should have lost. They apparently found none.

And again, remember that the British judge had ruled Heard’s allegations well founded. It’s bizarre that the US jury could look at the same evidence and testimony and find Heard completely without credibility. (The jury wasn’t sequestered, either, a matter that will no doubt come up in Heard’s planned appeal of the verdict.)

But the most dangerous outcome of this case may ultimately have little to do with legal arguments or even the verdict. It’s already out there in the vicious, braying social media posts from misogynist creeps who were bent on depicting not just Heard but all women who accuse men of violence as deranged shrews out to make a buck. As Vox’s Aja Romano wrote while the trial was still in progress, there’s a very familiar strategy at work here:

What we’re witnessing here are the dramatically compounded effects of internet researcher Alice Marwick’s theory of morally motivated networked harassment, which holds that a group of social media users can justify any amount of abuse directed at a target if they feel their cause is morally right. At scale, this looks like, and effectively is, millions of people around the world lining up to eagerly subject one woman to untold amounts of abuse, public humiliation, and violent rhetoric.

It’s the vile misogyny of Gamergate, but metastasized to a far wider audience, and likely to be deployed to keep women from reporting abuse or coming forward.

Finally this, from journalist Adam Davidson:

\u201cI am a bit stunned that more journalists aren’t outraged and stunned by the Heard/Depp verdict. \n\nIn addition to being a disaster for domestic abuse survivors, it is a disaster for a publication’s ability to tell truth to power.\u201d

I am a bit stunned that more journalists aren’t outraged and stunned by the Heard/Depp verdict.

Media outlets have generally not worried too much about taking on rich and powerful wrongdoers as long as they’re certain their stories are factual. But even if truth is an absolute defense in court, it may be of little value at all in holding off hordes of angry trolls out to destroy a perceived enemy; the alt-Right’s perceived “win” against Heard seems guaranteed to increase harassment and threats, and possibly real violence, against the press. After all, one of our political parties already treats the media as “enemies of the people.”

Cloud Computing and Sustainability for Finance

7 Things I Removed During My 2023 Closet Clean-Out

Rosalie Craig Reveals What Was in Store for Virginia

Home TV News ‘1899’ Season 2: Rosalie Craig Reveals What Was in Store for Virginia There was...