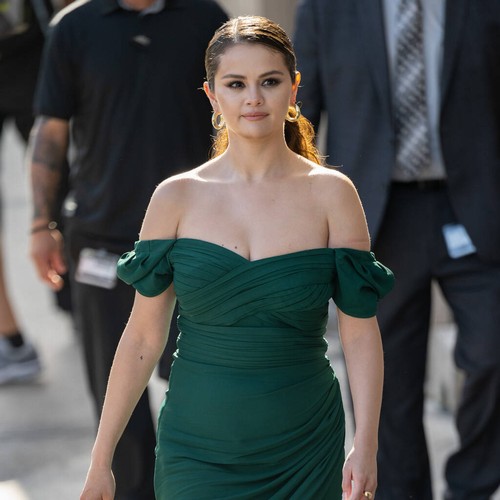 Selena Gomez has opened up about how she was hired for Only Murders In The Building.

Appearing on the latest episode of the Awards Chatter podcast, the star told listeners how her role in the show came to be.

Selena explained that show creators Steve Martin and John Hoffman had already decided on Martin Short as co-star, but her own character was not originally planned.

“My understanding is that Steve said he wouldn’t be in it unless Marty was in it,” Selena said on the podcast. “So we got Marty and that was the beginning before I was involved. Steve met with John Hoffman and they spoke and it was actually some of the producers’ collective idea of having a female but not only a female, someone completely generations off.

“And Steve said he loved the idea and thought it was really fun.”

Once they decided to work with a young woman, Selena revealed they still had a few doubts.

“The next part was them hoping I wasn’t going to be annoying. That’s honestly the truth. They didn’t know,” she stated.

“They tell people all the time, ‘I guess we didn’t really know what to expect, someone coming in who’s younger.’ But I couldn’t have been luckier because they called me… It happened and I can’t picture the show with three men.”

Selena said she told Steve and Martin of her “fascination” with true crime, and refamiliarised herself with their work – including Planes, Trains, and Automobiles.

“It’s so fun to see what they’ve done,” Selena said of the pair. “They are the original gangsters.”

Season two of Only Murders In The Building will air later this month on Hulu.

10 Best Standalone Horror Movies That Never Got a Sequel

7 Anti-Skinny-Jeans Outfit Formulas to Try in 2023