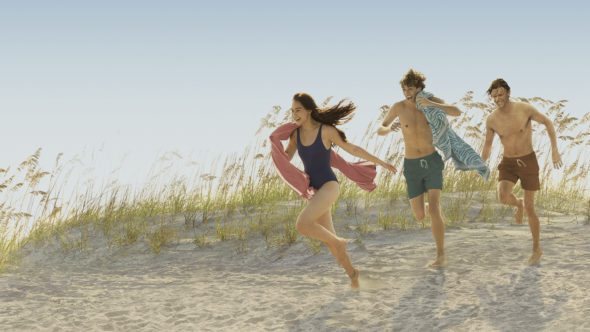 The Summer I Turned Pretty arrives on Prime Video next month, and the streaming service has released a teaser trailer for the multigenerational drama based on the novel by Jenny Han.

Prime Video revealed the following about the upcoming drama:

“The Summer I Turned Pretty is a multigenerational drama that hinges on a love triangle between one girl and two brothers, the ever-evolving relationship between mothers and their children, and the enduring power of strong female friendship. It is a coming-of-age story about first love, first heartbreak, and the magic of that one perfect summer.

The Prime Video series is led by showrunners Jenny Han, who also wrote the pilot, and Gabrielle Stanton. Han, Stanton, and Karen Rosenfelt serve as executive producers, along with Hope Hartman, Mads Hansen, and Nne Ebong for wiip. The series is a co-production of Amazon Studios and wiip.”

Check out the trailer for The Summer I Turned Pretty below.

What do you think? Are you planning to check out The Summer I Turned Pretty on Prime Video?

Interview with Donna Lattanzio, Author of An Accident Waiting to Happen

Nancy Pelosi’s Husband Drove Drunk (Bad!) And Jesse Watters Is Ready To Make Up Some Sh*t About It!

The Humans and the Cringe Nature of Thanksgiving