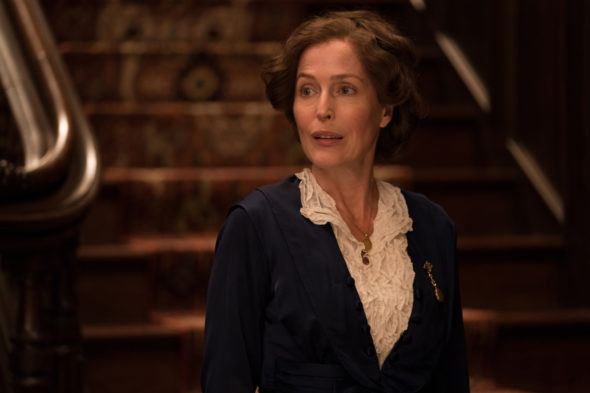 What will be the biggest surprises in the first season of The First Lady TV show on Showtime? As we all know, the Nielsen ratings typically play a big role in determining whether a TV show like The First Lady is cancelled or renewed for season two. Unfortunately, most of us do not live in Nielsen households. Because many viewers feel frustrated when their viewing habits and opinions aren’t considered, we invite you to rate all of the first season episodes of The First Lady here.

A Showtime anthology drama series The First Lady TV show stars Viola Davis, Michelle Pfeiffer, Gillian Anderson, O. T. Fagbenle, Dakota Fanning, Lily Rabe, Regina Taylor, Kiefer Sutherland, and Aaron Eckhart. The series tells the story of American leadership, as told through the lens of the women at the heart of the White House. In the government’s East Wing, many of history’s most impactful and world-changing decisions have been hidden from view, made by America’s charismatic, complex and dynamic First Ladies. The first season tells the stories of former first ladies Michelle Obama (Davis), Betty Ford (Pfeiffer), and Eleanor Roosevelt (Anderson).

What do you think? Which season one episodes of The First Lady TV series do you rate as wonderful, terrible, or somewhere between? Do you think that The First Lady should be cancelled or renewed for a second season on Showtime? Don’t forget to vote, and share your thoughts, below.

8 Austin Butler Performances to Check Out Before Watching ‘Elvis’

No global recession yet but brace for stagflation, economists say

Val Kilmer Was Written Out of ‘Willow’ Series at Last Minute