The End Is Nye is coming soon to Peacock, and the streaming series has announced a premiere date for the new series starring Bill Nye. Episodes follow Nye as he explains the science behind natural and unnatural global disasters and then, how we can survive and prevent them.

Peacock revealed more about the new series in a press release.

“THE END IS NYE sends Bill Nye into the most epic global disasters imaginable - both natural and unnatural – and then demystifies them using science to show how we can survive, mitigate, and even prevent them. Each stand- alone episode takes a hell-bent dive into the mystery and terror of one specific threat. Every catastrophe is abundant with thrills, but also offer hope and a way forward – a scientific blueprint for surviving anything that comes our way. The series is hosted and executive produced by Emmy Award winner and renowned science educator, engineer, author, and inventor Bill Nye. Each episode also features a brief cameo by longtime science advocate and series EP Seth MacFarlane.

Nye said the following about the series:

“Right now our world is a very scary place, and yet full of opportunities to make life better for all of us – for everyone on Earth. Speaking of Earth, the big idea behind The End Is Nye is that for the first time in the history of our planet, we humans can control our fate. We can see the potential for these overwhelming disasters, and we have the means to avoid them. With science, we can change the world.”

Check out the poster for The End Is Nye below. The six-episode series arrives on August 25th. 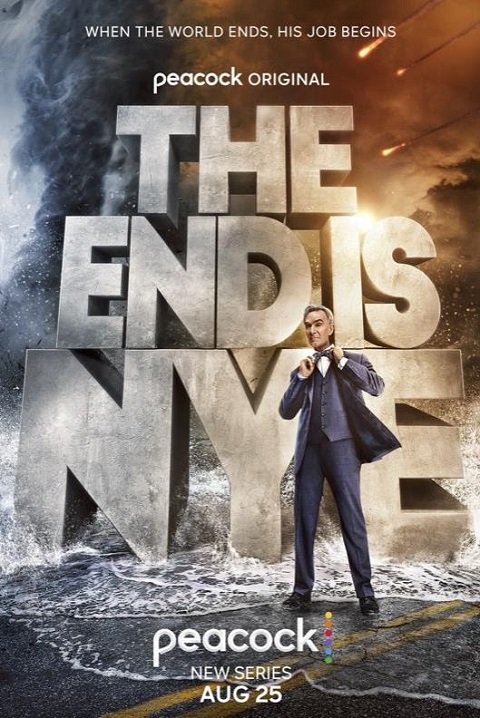 What do you think? Are you excited to see Nye’s new show on Peacock in August?

Billie Eilish: 'Being on tour is a crazy way to live' - Music News

What is an auto-response email?

EVERYTHING IS POSSIBLE | Kirkus Reviews

Right-wing Twitter is furious about plummeting engagement on the social media platform, which has prompted CEO Elon...