Here’s How The GOP Wants To Steal All The 2022 Midterms! 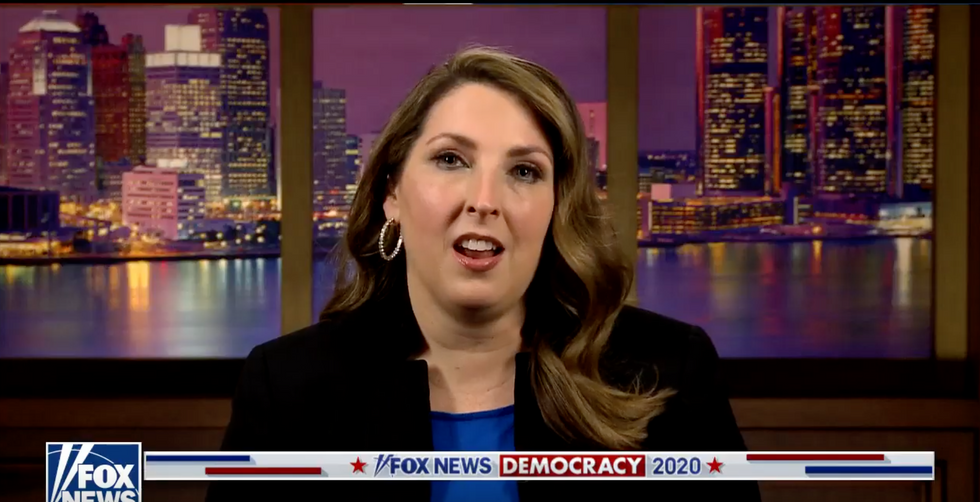 By now, we should all understand that the GOP has completely given up on competing fairly in elections, by seeking to convince American voters that it’s the party with the solutions that will make their lives better. Instead, it’s just about stealing elections, in one way or another.

But ever since Donald Trump debuted his fascist Big Lie, it’s not just partisan gerrymandering, good old racist voter suppression, and Russia If You’re Listening. They’re looking to plug their election-fraud-conspiracy-theory-believing idiots into every level of power over elections, and they’re ready to throw shit in the gears of each and every result they don’t like, to create chaos, and to eliminate Americans’ trust in elections. That way, maybe GOP-controlled legislatures will end up deciding the results, like they were unwilling to do last time around.

Steve Bannon has been talking about this forever. It’s his “precinct strategy.” ProPublica reported extensively on it back in March, when Donald Trump gave the strategy his rubber stamp.

Now, in Politico, Heidi Przybyla has tapes of RNC staffers and lawyers blabbing their mouths about the plan, tapes that constitute evidence that this scheme to overturn American democracy is now official GOP strategy. Politico Playbook summarizes the main prongs of the plan:

1. Poll workers steeped in 2020 election fraud conspiracy theories who are being trained to contest votes, especially in Democrat-heavy areas.

2. GOP lawyers who the poll workers can quickly connect with to document alleged voter fraud.

3. “Party-friendly district attorneys who could intervene to block vote counts at certain precincts.”

4. “Installing party loyalists on the Board of Canvassers, which is responsible for certifying the election, also appears to be part of the GOP strategy.”

Trump and his slobbering Republicans love to scream that elections are “RIGGED!” Everything with them is projection, so it’s safe to assume they scream that because they’re actively working to rig the elections. So according to those prongs above, you start with morons challenging votes at the polls in cities — you know, where the people live — and they have moron lawyers on speed dial, and those lawyers have morons DAs under their desks … and so on!

They don’t want to fight within the system to steal elections. They want to be the system.

One of the people on the tapes is Matthew Seifried, the RNC’s “elections integrity director” (LOL) in Michigan. Here’s some of the word vomit that comes out of his face:

“Being a poll worker, you just have so many more rights and things you can do to stop something than [as] a poll challenger,” said Matthew Seifried, the RNC’s election integrity director for Michigan, stressing the importance of obtaining official designations as poll workers in a meeting with GOP activists in Wayne County last Nov. 6. […]

Backing up those front-line workers, “it’s going to be an army,” Seifried promised at an Oct. 5 training session. “We’re going to have more lawyers than we’ve ever recruited, because let’s be honest, that’s where it’s going to be fought, right?”

“It’s going to be an army,” he said. Instead of having sweet little old ladies at your polling place that you can trust to get your vote counted, they want those workers to be stealth GOP operatives, who can challenge your vote or just create chaos if it looks like too much democracy is happening. They want them to have a hotline and live chats with party lawyers, so they can report back immediately if things look weird to them. We’ll let you fill in the blanks on what might look weird to white Republican volunteer pool workers.

Oh, by the way, one recording from May has Seifried saying they’ve had 5,600 people in Michigan sign up to be poll workers in their little scheme.

Here’s Politico on some of the other tapes they got, featuring a different bad person:

Separately, POLITICO obtained Zoom tapings of Tim Griffin, legal counsel to The Amistad Project, an self-described election-integrity group that Donald Trump’s former lawyer Rudy Giuliani once portrayed as a “partner” in the Trump campaign’s legal efforts to overturn the 2020 election, meeting with activists from multiple states and discussing plans for identifying friendly district attorneys who could stage real-time interventions in local election disputes.

On the recording, Griffin speaks of building a nationwide network of district attorney allies and how to create a legal “trap” for [Detroit elections clerk Janice] Winfrey.

“Remember, guys, we’re trying to build out a nationwide district attorney network. Your local district attorney, as we always say, is more powerful than your congressman,” Griffin said during a Sept. 21 meeting. “They’re the ones that can seat a grand jury. They’re the ones that can start an investigation, issue subpoenas, make sure that records are retained, etc.,” he said.

Yes, it’s certainly important who the DA is.

Now of course, when Przybyla called the RNC for comment — the Seifried dude referred questions to them — they had their own alternate reality projection spin on what they were doing. They say it’s obviously not fair that most of the election workers in cities like Detroit, where 90 million percent of voters are Democrats, end up being Democrats. Gotta get equal representation for Republican poll workers in there, just to make sure nothin’ sneaky is goin’ on.

“Democrats have had a monopoly on poll watching for 40 years, and it speaks volumes that they’re terrified of an even playing field,” said RNC spokesperson Gates McGavick. “The RNC is focused on training volunteers to take part in the election process because polling shows that American voters want bipartisan poll-watching to ensure transparency and security at the ballot box.”

Of course, that completely elides the fact that the entire reason all these Republicans are answering the call is because they believe Democrats stole the 2020 election from Trump. There’s never actually been evidence of fraud, but it’s important to realize that to these true believers, the fact that 81 million people hated Trump enough to vote against him is itself a kind of fraud, because it takes power from the white supremacist Republicans who believe it’s their birthright.

These are the people who want to “level the playing field” and watch the polls. Hell, they say so on the tapes. Politico’s got poll worker wannabes on the tapes grunting about the 2020 election being fraudulent.

We could block quote this thing forever, but you really ought to open a tab and read it all:

“This is completely unprecedented in the history of American elections that a political party would be working at this granular level to put a network together,” said Nick Penniman, founder and CEO of Issue One, an election watchdog group. “It looks like now the Trump forces are going directly after the legal system itself and that should concern everyone.”

Penniman also expressed concern about the quick-strike networks of lawyers and DAs being created, suggesting that politically motivated poll workers could simply initiate a legal conflict at the polling place that disrupts voting and then use it as a vehicle for rejecting vote counts from that precinct. […]

Both Penniman and Rick Hasen, a law and political science professor at the University of California, Irvine School of Law, said they see a domino effect that could sow doubts about the election even when there was no original infraction: A politically motivated poll worker connecting with a zealous local lawyer to disrupt voting, followed by a challenge to the Board of Canvassers that may have nothing to do with the underlying dispute but merely the level of disruption at the polling place.

“You shouldn’t have poll workers who are reporting to political organizations what they see,” Hasen said. “It creates the potential for mucking things up at polling places and potentially leading to delays or disenfranchisement of voters,” especially “if [the poll workers] come in with the attitude that something is crooked with how elections are run.”

And then what happens when everything is just absolute chaos and nobody can find their ass with both hands? Let one of the elections watchdogs spoiler it for you:

“Come election day you create massive failure of certification” in Democratic precincts, Penniman said. “The real hope is that you can throw the choosing of electors to state legislatures.”

They’re also trying to reach out to friendly law enforcement, according to the RNC guy Seifried, to teach them how to arrest all the election fraud. And of course, they want to teach their handpicked poll workers how to challenge voters they think look funny for some reason.

In an October meeting, Seifried said priority targets are Detroit, Pontiac and Southfield, which are heavily Democratic and minority areas. “Those are the ones that we need to focus all our efforts on,” he said.

Nice democracy you got there, America. Shame if anything were to LOL just kidding, America’s system was already rigged in favor of these garbage white Republican slave state holdovers, and they’re just going in for the kill now.

Wonkette is funded ENTIRELY by a few thousand people like you. If you’re not already, would you pls consider being the few thousandth and one?

Shaeeda reveals to her friend Eutris that she gave Bilal an ultimatum regarding having a baby. Pic...