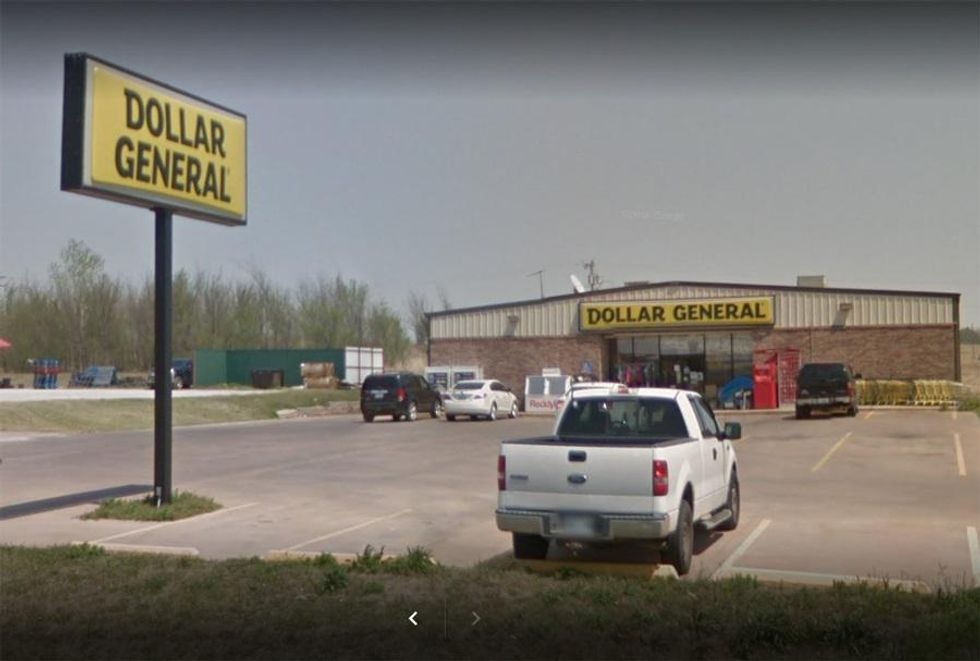 Discount retail chain Dollar General seems to be doing pretty well, at least as measured by executive pay. In a recent filing with the Securities and Exchange Commission, the company disclosed it pays CEO Todd Vasoa $16,600,000 for his services, roughly 934 times as much as the median Dollar General employee wage of $17,733 a year.

But you really shouldn’t feel too bad for the employees, since Dollar General management explained that the SEC’s CEO to worker pay ratio doesn’t include the many “non-quantifiable benefits” employees and their families receive. Benefits at a place that pays roughly minimum wage? Fancy! But according to the progressive nonprofit journalism outlet More Perfect Union, those bennies “appear to be limited to free classes for workers and their families at two for-profit universities.” They’re both online schools, but at least they’re accredited, so … not nothing, we guess.

That said, Dollar General really does seem to be a great place to be an executive, and a crap place to work, says More Perfect Union.

An analysis of recent financial filings reveals that compensation for Dollar General’s 5-member executive team is 41% and 13% higher than rival discounters Five Below and Family Dollar. Research from Harvard’s Shift Project and the Economic Policy Institute suggests that 92% of its workforce earns less than $15 an hour, the worst rate of the 66 different large service sector employers surveyed. This confirmed findings from UBS, which estimated that Dollar General pays the lowest hourly rate of all 25 retailers it surveyed.

Ah, but because the company keeps its costs to a minimum by understaffing its stores and limiting the hours available for workers, it provides a really good return to investors, even as larger retailers like Walmart and Target have seen profits decline due to supply chain problems and increasing wages. And during the pandemic, while the company did give an average of $1,000 in COVID bonuses to its 160,000 frontline workers, it spent $2.5 billion on stock buybacks, which improved its stock value.

Say, would it surprise you to learn Dollar General has been owned since 2007 by private equity firm KKR, which imposed stringent cost cutting to maximize profits? When the deal went through, KKR ousted then-CEO David Perdue, who then had to settle for being a US senator and failed Trump-endorsed candidate for governor in Georgia. Solidarity, sir!

To keep costs down, the new management took all business decisions about ordering and inventory out of the hands of store managers and centralized them, so individual store managers’ jobs are now mostly a matter of finding and keeping low-paid employees to stock inventory and run the registers, and that latter job is likely to increasingly vanish as the company experiments with stores where customers check out everything themselves, with the odd employee on hand to help and to go chasing after cheaters.

A store manager’s main responsibility is now ensuring a steady stream of low-paid employees are available to stock the shelves — a nearly impossible task given the low staffing budget. Managers are often required to work 70+ hours a week to ensure the shelves are full. “We regularly see shelves that are stocked in a disorganized manner,” an analyst at KeyBanc Capital Markets told the New York Times in 2021. “That indicates that the store doesn’t have enough labor or the right labor.”

Stores are chronically short-staffed, and this spring, store manager Mary Gundel in Tampa, Florida, went viral on TikTok when she posted a series of short videos about the challenges of trying to run a store with too few workers and seemingly arbitrary business decisions imposed on her and her staff. In one, she noted the company had told her told not to unload new stock until Thursdays, even when trucks arrived earlier in the week. Her video showed aisles crammed with cartons of goods, blocking customers from getting to products on the shelves.

Big surprise: Gundel got fired, but her videos prompted a small revolt among other Dollar General store managers, who took to TikTok to share their frustrations, often without identifying themselves, as the New York Times reported in April:

“I am so tired I can’t even talk,” said one woman, who described herself as a 24-year-old store manager but did not give her name. “Give me my life back.”

“I’ve been so afraid to post this until now,” another unidentified woman said, as she walked viewers through a Dollar General store while discussing how she was forced to work alone because of labor cuts.

“This will be my last day,” she said, citing Ms. Gundel’s videos. “I am not doing this anymore.”

The company replied to such stories in the press with a statement about how it has “many avenues for our teams to make their voices heard,” so there’s no need for all this public unpleasantness, because of course the company wants to hear workers’ concerns so it can “listen and learn.” Also, Gundel remained shitcanned, and started an online campaign calling on workers to walk out to demand better conditions on May 2. And in quite a few places, they did.

In Apache, Oklahoma, conditions in the store were so bad — no AC in the summer, no heat in the winter, and worse, no response from corporate at all — that the store’s entire (understaffed) workforce followed up the one-day protest by quitting their jobs together on May 10.

“We never heard back from them,” Tinker said. “So rather than wait for them to pin some legal BS on us, we decided to hand in our keys.” […]

“I had a strong team that trusted me,” Tinker said. “And they all agreed that if I’m done, they’re done.”

He told the paper that the next day, the company brought in staff from other towns to run the store temporarily, noting that “They have five people staffing the store right now. When we were working, they wouldn’t let us run it with more than one or two. It must be nice.”

More Perfect Union made a video of the former workers describing conditions at the store that the company wouldn’t address. After several requests to fix the AC, including a demonstration by workers in the store’s parking lot, Dollar General did send three AC units: three broken ones. While the company did eventually get them running, it wouldn’t tell the workers whether they’d face retaliation for the protest. So they walked.

The group resignations in Apache followed a similar incident almost exactly a year ago, in which all but one of the workers at a Dollar General store in Eliot, Maine, walked out for good, leaving signs on the door complaining about the low wages and lack of responsiveness from the company.

Yr Wonkette is funded entirely by reader donations. If you can, please give $5 a month so we can keep reminding you it’s not all grimdark grimdark in the grimdark out there!

The Winklevoss twins are laying off 10% of staff from their crypto exchange, citing 'crypto winter'

Coordination Itself Is A Choreography: S. S. Rajamouli on RRR

What Are The Causes Of Cancer And How To Cure It With Food?

We guess things are back to normal for a minute before the next round of The Holidays....

4 Key Thoughts For What Comes Next