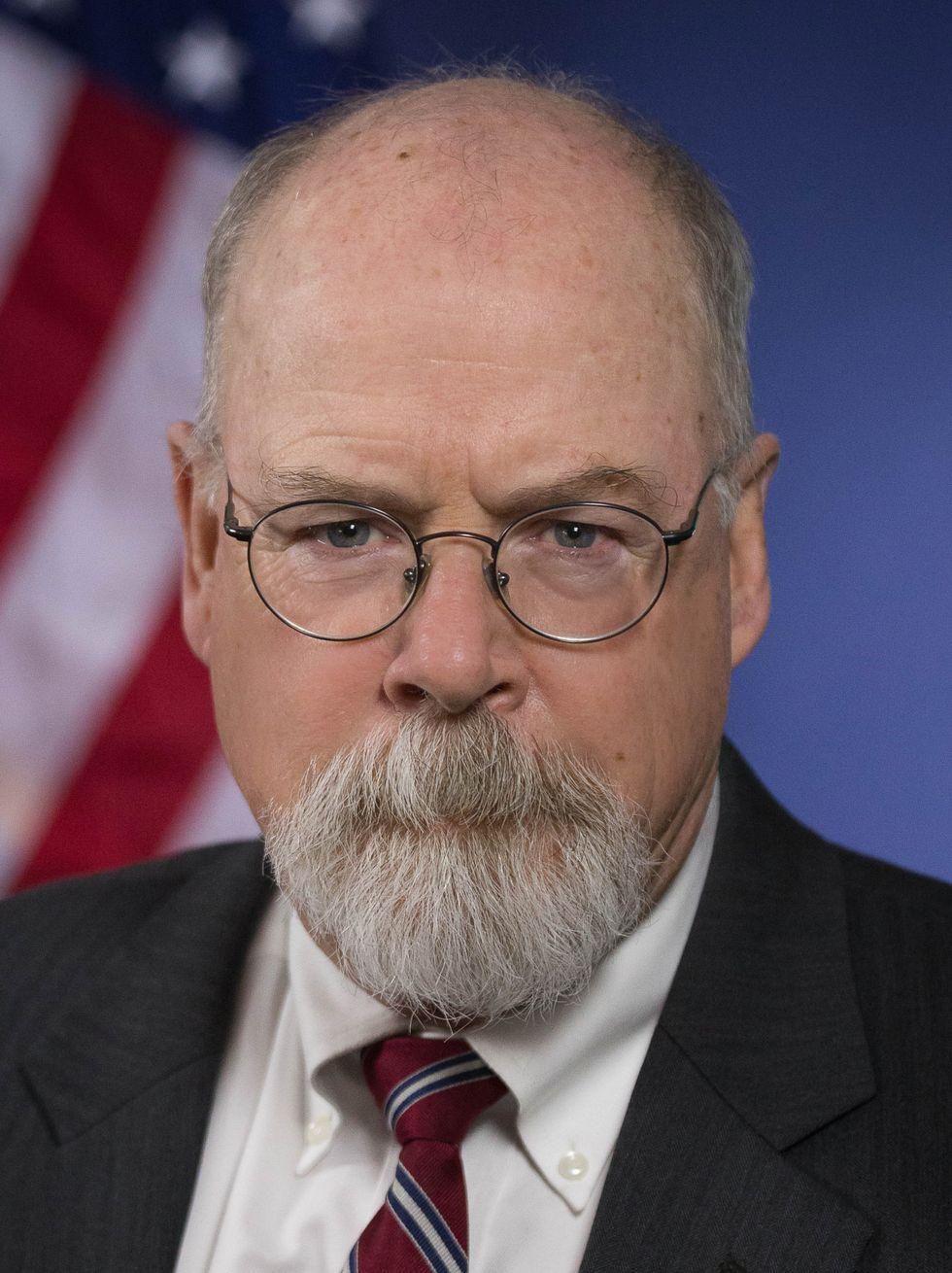 Well, perhaps the Special Counsel remains unbroken. But his dreams of building a giant conspiracy case against Hillary Clinton and half the Democratic establishment were dashed today as a jury acquitted attorney Michael Sussmann of lying to the FBI.

Hey, remember back in February when the wingers got all tingly in their bits at the prospect that Counselor Mustache was about to do LOCK HER UPS to everyone who investigated the Trump campaign’s fuckery?

\u201cFinally the walls are closing in on the Clinton campaign. Get the popcorn ready.\u201d

To recap briefly: After the DNC server got hacked in 2016, a bunch of tech types, including cybersecurity legend Rodney Joffe, started sleuthing around to see if Russia was infiltrating anything else. In the course of that work, which was legitimately undertaken, they discovered that weird server in Trump Tower which was pinging back and forth with Russia’s Alfa Bank. So Michael Sussmann, then a lawyer at Perkins Coie who represented the DNC, the Clinton campaign, and Joffe, brought a memo about the pings to FBI head lawyer James Baker.

Only two people know what happened in that meeting, and both of them have told varying versions of what went down. In testimony before Congress, Baker claimed not to realize that Sussmann represented half the Democratic establishment in DC — a claim Reps. Jim Jordan and Mark Meadows derided as laughable, since everyone in DC knows Perkins Coie is connected to the Democratic Party. At various points, he’s said that he didn’t remember if Sussmann claimed to be there on behalf of a client, although during this trial he claimed to remember it clearly.

For his part, Sussmann appears to have exploited the ambiguity about whether he was representing the DNC, the Clinton campaign, or Joffe when he brought the Alfa Bank story to the feds. But even if he did deliberately obscure his clients, it was probably immaterial, since Baker handed the inquiry off to his deputy Bill Priestap, who wrote in his notes, “Represents DNC, Clinton Foundation, etc,” strongly indicating that, whomever he claimed to be representing, it had zero effect on the FBI’s handling of the case. And since materiality is an element of a false statement charge — i.e. you can’t be indicted for lying to the feds about what you had for breakfast, because who cares — it was never clear what the hell Durham was hanging his hat on here.

And it was a big hat! The wingers worked themselves into an orgiastic lather, predicting that the Clintons would finally go down for using the FBI to set up poor Donald Trump on those TERRIBLY UNTRUE charges that he invited Russia to interfere in the election on his behalf. In their telling, Sussman’s indictment would be the first of many, proving a vast “Democrat” plot to undermine Trump’s presidency. This requires them to disregard such bourgeois consistencies as linear time, since the Russia investigation was already underway (thanks to coffee boy George Papadopoulos’s big mouth) when Sussmann walked in the door. Nevertheless, Trump gamely filed that idiotic LOLsuit against Hillary Clinton and half of DC alleging exactly the same conspiracy theory.

“They didn’t just spy on Donald Trump’s campaign. They spied on Donald Trump as sitting President of the United States. It was all even worse than we thought,” tweeted Mark Meadows.

“You can see what the plan was,” Assistant Special Counsel Andrew DeFilippis argued last week, according to the Post. “It was to create an October surprise by giving information both to the media and to the FBI to get the media to write that there was an FBI investigation.”

“Opposition research is not illegal,” pointed out Sussmann’s lawyer Sean Berkowitz. He did not point out the clanging irony of the wingnutosphere pretending that this was the crime of the century, while it was very cool, very legal for Trump to withhold congressionally allocated defense funds from a foreign ally until its leader agreed to go on CNN and announce an investigation into his political rival.

Also, when Michael Flynn lies to the FBI, it is a “process crime.” When Michael Sussmann is accused of it, it is LOCK HER UP FOREVER.

Knowing that this case was flimsy AF, Trump’s allies have been working overtime to discredit the eventual acquittal. Matthew Meatball McPeener Toilet Whitaker took to Fox to explain that a “DC jury of, you know which, uh…” would obviously let Sussmann go. Golly, what could he possibly have meant by that? And the Federalist’s Margot Cleveland had a post all ready to go saying that the real Durham victory was the friends we made along the way and the insane fantasy we got to spin for them in public about “Hillary Clinton hold[ing] full responsibility for the Russia collusion hoax.”

Ah, well, don’t cry because it’s over. Cry because John Durham is still at the Justice Department, wreaking havoc on private citizens who have to kick up millions of dollars in legal fees off of this “investigate the investigators” bullshit.

Coordination Itself Is A Choreography: S. S. Rajamouli on RRR

Over half of marketers are using the metaverse or considering it

Donate to Classroom Libraries and Have Your Donation Matched!

Elon Musk may be luring Apple into a fight with Republicans

Tim Cook walks in the Paddock prior to the F1 Grand Prix of USA at Circuit of...

Endings Are My Favorite Thing About Movies: Rian Johnson on Glass Onion: A Knives Out Mystery | Interviews

WE ARE NOT ONE | Kirkus Reviews