Following the mass shooting in Buffalo, New York, former Ku Klux Klan leader David Duke had a message for Tucker Carlson: Thanks for the great job making white supremacist rhetoric the common language of the GOP. On his podcast — of course he has a podcast! — Duke expressed his gratitude for all Carlson does, and hoped that maybe Carlson’s success so far would lead him to start introducing more overt antisemitism into his Fox News show, to better advance the white nationalist agenda.

Media Matters has an audio snippet from the podcast; we’ll embed it but you needn’t feel obliged to listen.

Duke said that he likes Carlson, and is “thankful for many of the things that he says. I also disagree with him on a number of points, but I think overall, he’s the only voice that gets out some of the information at all.”

Mr. Duke is an optimist, you see, and he’s grateful to see Tucker Carlson burning a cross in the darkness.

Duke, who ran successfully for a seat in the Louisiana state House in 1989 and then came disturbingly close to winning a race for governor in 1991, is an old hand at converting full-on KKK ideology into a somewhat more sanitized version and selling it in the Republican Party. And of course he’s a shameless self-promoter, but even so, when he says Carlson is presenting the same message as white supremacists, he’s not wrong.

Duke explained that because Carlson’s on national TV, he can push white supremacist ideology, but “can’t really say it” openly:

“He himself is reluctant to use the word ‘white’ unless he quotes other people saying ‘white.’ You can talk about – we can talk about a ‘demographic war.’ But he can’t really say it like we can,” Duke said of Carlson. “He can’t say there is a war on white people, and there is – there is a war against the white race.”

So instead, American racists have to settle for Carlson and most of the GOP talking about immigration as a literal “invasion,” which would justify all sorts of action, possibly including sending troops to the border to shoot undocumented migrants, although there again, few say it publicly unless they’re Donald Trump.

Duke was a little disappointed, however, that Tucker has so far held back from a central tenet of “great replacement” rhetoric, which blames demographic change on a shadowy conspiracy by international Jewry. Apparently Republicans’ occasional invocations of George Soros as the puppetmaster behind all Democratic policy don’t do it for Duke. As Media Matters ‘splains, Duke himself carefully hedged his antisemitism, not saying “Jews” but instead just jabbing an elbow into his listeners’ ribs. We bet they got his meaning!

Duke also bemoaned that Carlson never spells out what Duke claimed is the common thread between “people he mentions like” Senate Majority Leader Chuck Schumer, the heads of social media giants, and the “neocons that bring us into these terrible wars” (for Duke, a virulent antisemite who was in the middle of an anti-Jewish rant, the key commonality is obviously that they are all Jews).

Considering that the Minnesota Republican Party had to be pressured to apologize for screening a video depicting George Soros as an evil puppetmaster (hurr hurr, he was pulling the strings of two Jewish Democrats, GET IT?), we don’t think Duke needs to worry too much about the message getting across. The video was part of a campaign presentation for GOP secretary of state candidate Kim Crockett at the state convention earlier this month. 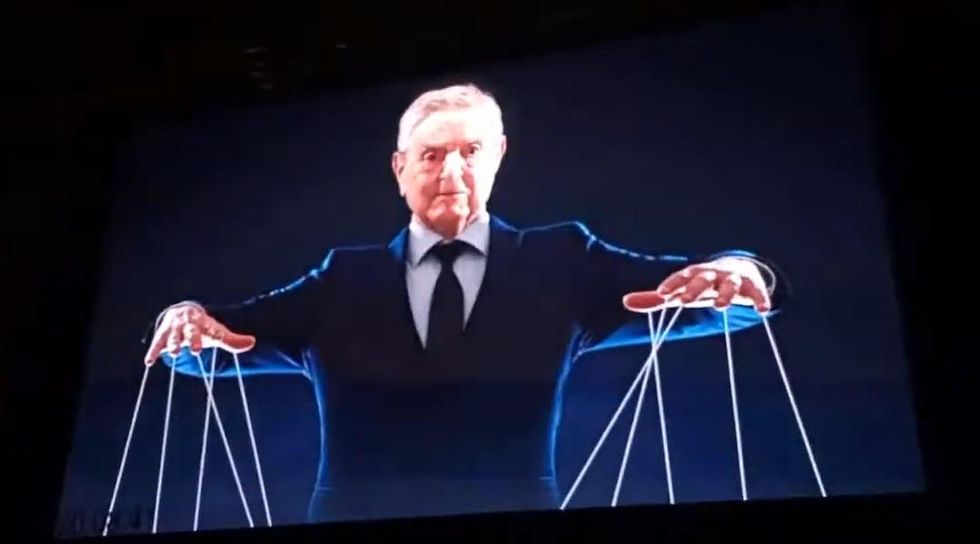 Crockett, her team, and everyone involved with the state convention were simply astonished to learn that the imagery of Soros as a puppetmaster controlling Jewish politicians might be considered antisemitic, according to the apology:

“We understand that the use of imagery depicting Mr. Soros as a puppet-master at our state convention raised concerns that the imagery perpetuated an antisemitic trope,” state GOP chairman David Hann said Thursday in a statement, noting that the Jewish Community Relations Council of Minnesota and the Dakotas had contacted them after the video screened.

“We wish to assure the JCRC and our friends in the broader Jewish community that the image was not intended to invoke hostility toward the Jewish people,” Hann said. “It should not have happened, we apologize, and are committed to working with the JCRC to educate our staff and candidates on antisemitism.”

Hann said he’d talked to Crockett, and he’d concluded that the image wasn’t intended to be antisemitic, and that “neither Ms. Crockett nor her creative team were aware that the depiction of a puppet-master invokes an old but persistent antisemitic trope.”

The horrible thing, of course, is that the denials aren’t entirely implausible, even if the imagery remains inexcusable. The far Right has so successfully integrated its messaging with the “mainstream” GOP that it’s almost academic whether the makers of the video knew they were parroting antisemitic imagery. It’s firmly embedded in how the GOP communicates now.

After all, great patriot Ben Garrison did it, and he got invited — then disinvited — to the Trump White House! Notice the very subtle “Rothschilds” hand controlling Soros in turn, which Garrison insisted was also not antisemitic, because “international banking” and ‘Federal Reserve.” He has Jewish friends, you know. 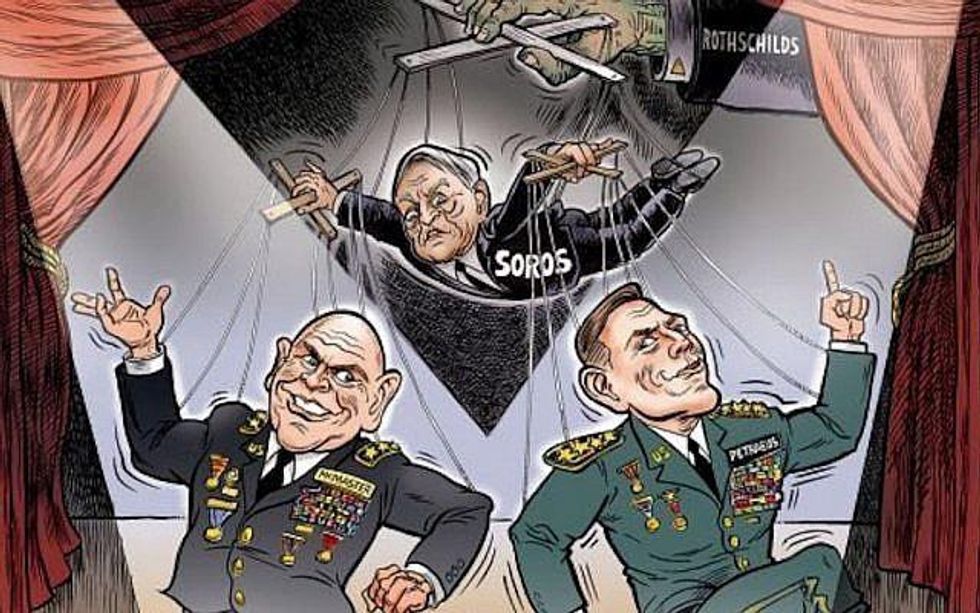 So golly, David Duke, it sure looks like your wish is coming true even if Tucker Carlson isn’t yet reading passages verbatim from The Turner Diaries — or if he fails to cite the source when he inevitably starts.

Yr Wonkette is funded entirely by reader donations. If you can, please give $5 or $10 a month so we can keep you up to date on all the nasty things crawling around under Republican rocks.

(Photo by: Will Hart/NBC) Vulture Watch Has the Law & Order: Organized Crime TV show been cancelled or...