Yungblud: Ozzy Osbourne told me never to apologise for anything – Music News 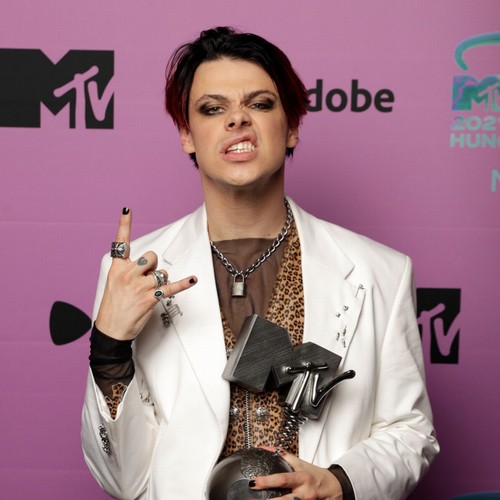 Yungblud has said that Ozzy Osourne told him to “never apologise.”

The 24-year-old musician – whose real name is Dominic Richard Harrison – revealed that he had spoken to rock legend Ozzy, 73, and paid tribute to him as a “f****** beautiful” artist.

He said: “was speaking to him about what happened on Twitter, and he said, ‘If you want to spit beer on the audience, do it, as long as you do it with love.

“People think [Ozzy] is kind of… gone, but he’s not. He’s so intelligent and so f****** beautiful. People are scared of him until they hear him speak. He said that he saw a lot of himself in me. He said, ‘Never apologise for anything. They will understand you later. Time always tells.”

The ‘Kill Somebody’ hitmaker is set to release his self-titled third album in September and explained that he named it after his stage moniker because he felt a “deeper” connection during the writing process than any of his other records.

He told NME: “[I called it ‘Yungblud’ because nothing in my life has ever made more sense. The difference here is that I have thought and felt this record so deeply. I went to a part of myself that I didn’t know was there. I studied it, I bathed in the emotion, tried to solve the equation and come up with an answer (at least for now) from love to pain, adoration to abandonment, from laughter to betrayal.”

The Best Pink Dresses to Wear for Summer and Beyond

A Revolution Has Begun in America’s Health Care Coverage

These are the Black Friday deals to avoid while holiday shopping

Lars Ulrich admits seeing 'Master of Puppets' become "a phenomenon" has been "such a mindf***". The Metallica...

Signs that ‘turnover contagion’ might be brewing at your workplace

The Grinch Gets a Horror Spoof in ‘The Mean One’ Trailer