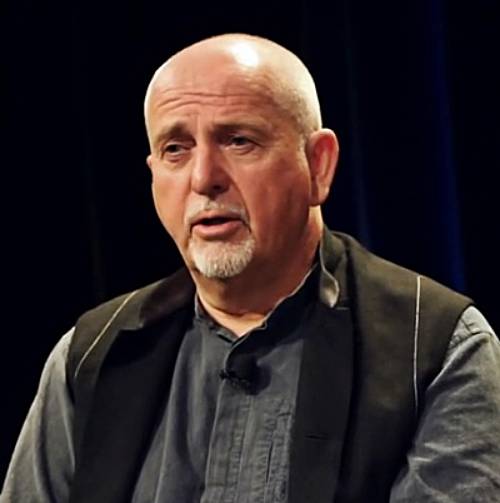 Nordoff Robbins, the UK’s largest music therapy charity, is delighted to announce the return of its prestigious annual O2 Silver Clef Awards, which will honour artists from across the music industry at a star-studded award ceremony to be held on Friday 1st July at JW Marriott, Grosvenor House, London.

The O2 Silver Clef Awards are held to recognise and celebrate the talent of the winning artists. Since 1976, through the power of music, the awards have raised over £11 million for Nordoff Robbins’ and honoured some of the greatest names in music, with the most recent event in 2019 raising a record-breaking £1m.

Nordoff Robbins believes that everyone should have access to the value of music. Its trained music therapists work with children and adults affected by life limiting illness such as dementia, learning disabilities including Autism, physical disability and mental health issues. Through the power of music, trained therapists connect with some of the most isolated people in our society. Nordoff Robbins’ music therapists work with over 270 schools, hospitals, hospices and care homes, as well as providing sessions from its centres across the UK.

Hosted with O2, the annual lunch is one of the highlights of the music industry’s calendar, bringing together artists, celebrity supporters and influencers to raise vital funds for the music therapy charity. Returning after a two-year break due to the pandemic, the awards will deliver a huge fundraising boost to Nordoff Robbins thanks to table sales, sponsorship and special auctions on the day, enabling its music therapists to support some of the most vulnerable people in the UK.

Presented by Edith Bowman for the fourth-year running, with Peter Andre covering the blue carpet celebrity arrivals, the awards recognise and celebrate the powerful impact of music on all members of our society.
The flagship O2 Silver Clef Award this year honours Peter Gabriel for his outstanding contribution to music. Musician, human rights campaigner and entrepreneur, Peter Gabriel rose to fame as the original lead singer of Genesis, before launching his solo career in 1975. He has released eleven solo albums and written soundtracks for three films. He created and co-founded WOMAD festival (now in its 40th year), WITNESS and The Elders and is working on plans to create a streaming service for digital medicine and an Interspecies Internet. His single, ‘Sledgehammer’ from multi-award-winning album ‘So’, remains the most played music video ever on MTV. The award has previously been won by legendary musicians including Ed Sheeran, Pink Floyd’s Roger Waters and Oasis.
The legendary American artist Frankie Valli will receive the American Express Icon Award. As lead singer of the Four Seasons, Valli’s number-one hits include “Big Girls Don’t Cry” (1962), “Walk Like a Man” (1963) and “December,1963 (Oh, What a Night)” (1975). As a solo artist, Valli’s number-one hit “Grease”, the title song of the iconic film, sold over seven million copies worldwide.
Jools Holland will pick up the Outstanding Achievement Award in recognition of his influential career as pianist, bandleader, singer, composer and television presenter, hosting BBC 2’s much loved ‘Later… with Jools Holland’ since 1992.
Dance-pop star Becky Hill will receive the award for Best Female and Scottish singer-songwriter Tom Walker will take home Best Male.
Indie-pop trio London Grammar will pick up the award for Best Group and pop-punk artist YUNGBLUD will be awarded Best Live Act.
Grime pioneer and British rapper Kano will win the Innovation Award, while Nigerian singer and producer Tems will win the International Award.
Electro pop singer-songwriter Griff will win the award for Best New Music, whilst classical soul pioneer, pianist Alexis Ffrench will pick up the Classical Award.

Peter Gabriel said: “I’m delighted to receive the O2 Silver Clef award. I’ve always believed the role of music goes way beyond entertainment, and I’m convinced that sound and light have a critical role to play in therapies and healing in the future. It’s wonderful to see Nordoff Robbins using music to reach young people, who otherwise would feel much more isolated and vulnerable, and giving them a means of expressing their emotions. I’m working on a project called Reverberation – on the impact of music on the brain and body, so this award is very timely. I fully support Nordoff Robbins’ belief in exploring and expanding the positive role music can have for everyone in our society.”

Jools Holland said: “I’m so pleased to be chosen for the Tysers Outstanding Achievement Award. I’ve worked with all kinds of musicians in my career, and Nordoff Robbins’ trained music therapists really understand that music evokes different responses in people who may not otherwise be able to connect with the world – for many, this can simply be life changing. I’m happy to add my support to a cause close to my heart.”

Becky Hill said: “I feel so honoured to be receiving the Live Nation Best Female Award. Nordoff Robbins is an amazing charity working with kids and adults with mental and physical conditions every day. Music therapy is a really valuable tool to connect people who might feel disconnected from the world, and as someone who’s loved music from a young age, I’m glad to support their brilliant work.”

Tom Walker said: “I am totally buzzing to be receiving the AEG Presents Best Male award at this year’s O2 Silver Clef Awards! Music brings us together in such a unique way, it is a welcome distraction and a healing tool to so many people. That’s why I believe Nordoff Robbins’ work is so important – helping those who need it most to communicate.”

London Grammar said: “We feel honoured to be accepting the Pizza Express Best Group Award! Each of us have always found music to be the perfect form of self-expression, so we’re delighted to support Nordoff Robbins in their belief that music can be used for therapeutic benefit. Whether it’s to aid mental health or music therapy for autism, Nordoff Robbins continue to encourage the use of music to help people feel more whole.”

YUNGBLUD said: “Massive thanks for awarding me the Amazon Music best live act. I live for music and can see every time I perform how people respond. I know that Nordoff Robbins work is incredibly important as it is harnessing that power through its music therapy sessions so that all kinds of people – from children with Autism to older adults with dementia – can express themselves and communicate – sometimes for the first time.”

Kano said: “Music and making music is my life. It is how I celebrate the good times, how I manage the tough times. It helps me try to make sense of both the joy and the madness of the world around me, my community, all of us. I can’t imagine a life without it. I have so much respect for Nordoff Robbins and what they do to support adults and kids all over the UK. And a huge thank you for the Audiomovers Innovation Award, it’s an honour.”

Griff said: “Receiving the Ticketmaster Best Newcomer Award is such an honour and it’s a privilege to be supporting the life changing work of Nordoff Robins, a charity who helps those who need it most. Through music therapy, they help children affected by illness or disability find a sense of connection and joy. I’m very grateful to be a part of the awards this year.”

Alexis Ffrench said: “I’m so thrilled to be collecting the PPL Classical Award and to be supporting Nordoff Robbins to bring music therapy to even more people across the UK. Giving vulnerable children and adults the chance to express themselves through music is something close to my heart – music has been part of my world for as long as I can remember.”

Gareth Griffiths, Director of Partnerships and Sponsorship at Virgin Media O2, said: “We’re so pleased to see the return of the O2 Silver Clef Awards this year, with such a diverse and incredible collection of music talent coming together for a brilliant cause. We continue to be proud partners of Nordoff Robbins and the amazing work they do through music therapy. We’ll see you all in London on 1 July!”

Sandra Schembri, CEO of Nordoff Robbins said: “We can’t wait to honour such a range of talented artists and welcome everyone back to this incredibly special event. This year’s ceremony will be the first to be staged since 2019 where we raised a record-breaking £1 million, and we hope this will be our biggest fundraising event yet.

“Like many other charities, Nordoff Robbins’ income has been decimated over the past two years. Despite this, we have continued our work with vulnerable and isolated children and adults as our services are needed now more than ever.

“Our vision is clear; we see music as a superpower. Music can connect everyone with their human potential and dignity regardless of profound disability, illness or society excluding them. With support from the incredibly generous music industry, we can come together to help make music a part of the lives of those who struggle to access what we know to be true; music matters and we can truly come alive through music.”

Foods That Burn Belly Fat And Other Body Fats Fast

10 Things To Convince Someone To Buy Your Products

7 Things I Removed During My 2023 Closet Clean-Out

Motörhead have shared another outtake from the recording of their 22nd album, ‘Bad Magic’, a swampy and...