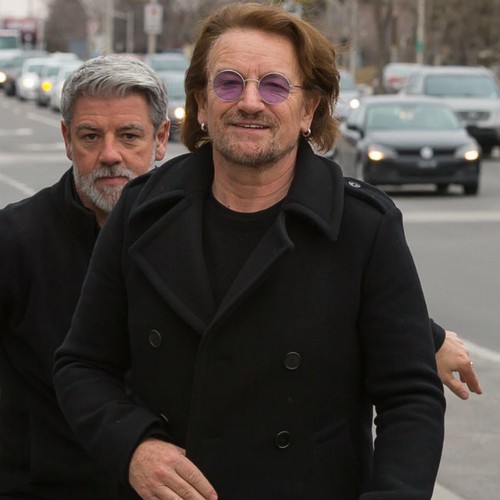 Bono is set to release the memoir ‘Surrender: 40 Songs, One Story’.

The U2 frontman’s upcoming tome sees the rock legend chronicle his life and career through 40 songs from the band’s four-decade history.

Fans will get a candid and in-depth insight into the musings of the iconic Irish musician, with 576 pages and 40 chapters named after the songs.

According to a press release, the deeply personal book will recall key moments “from his early days growing up in Dublin, including the sudden loss of his mother when he was 14, to U2’s unlikely journey to become one of the world’s most influential rock bands, to his 20 years of activism dedicated to the fight against AIDS and extreme poverty.”

In a statement regarding the memoir, Bono said: “When I started to write this book, I was hoping to draw in detail what I’d previously only sketched in songs.

“The people, places, and possibilities in my life. ‘Surrender’ is a word freighted with meaning for me. Growing up in Ireland in the seventies with my fists up (musically speaking), it was not a natural concept.

“A word I only circled until I gathered my thoughts for the book. I am still grappling with this most humbling of commands. In the band, in my marriage, in my faith, in my life as an activist. Surrender is the story of one pilgrim’s lack of progress… with a fair amount of fun along the way.”

Editor and publisher Reagan Arthur added: “All of the passion that Bono brings to his music and his life he also brings to the page. Seven years ago another legend, the late Knopf editor Sonny Mehta, acquired the book, because he knew Bono fits into the tradition of literary Irish storytellers, and we were lucky to have Sonny’s notes on an early draft of the manuscript.

“We’re luckier still that Bono not only has a dramatic personal history to tell, but he’s also a truly gifted writer. Surrender is honest, intimate, irreverent, and profound – a dazzling memoir of a remarkable life.”

The ‘With or Without You’ hitmaker has given fans a preview of the chapter ‘Out Of Control’, with an animated narration featuring some of Bono’s own drawings, available to view on the band’s YouTube channel now.

The 62-year-old singer said previously of the 1979 track: “‘Out Of Control’ is about waking up on your 18th birthday and realising that you’re 18 years old and that the two most important decisions in your life have nothing to do with you – being born and dying.”

The print edition and audiobook version of ‘Surrender: 40 Songs, One Story’ will be released on November 1, via Alfred A. Knopf and Penguin Random House, respectively.

Metaverse Marketing Isn't As Far Away As You Think

37 questions to ask call analytics vendors during the demo