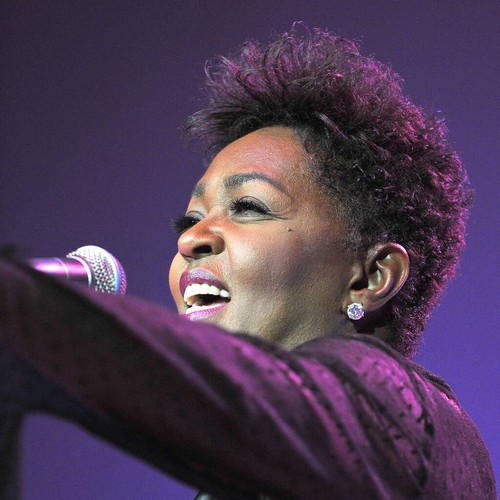 Anita Baker has publicly thanked Chance the Rapper for helping her regain her master recordings.

The Sweet Love singer gave a shout-out to Chance during a gig staged at The Venetian in Las Vegas on Saturday night.

In a clip posted on Twitter, Anita can be heard saying, “You should say hello to a friend of mine by way of the music industry and by way of helping me, helping me to get a hold and ownership of my master recordings.”

She then points to Chance, who stands up within the audience.

Following the heartwarming moment, Chance tweeted, “I saw one of THE greatest performances of my LIFETIME last night! Thank you so much @IAMANITABAKER for being an inspiration and an icon to so many of US.”

The 64-year-old replied, “Had no idea you would be in our midst. Such a nice surprise. Brought tears to my eyes.”

Back in September 2021, Anita announced that she had regained control of her master recordings and the right to distribute her own music following a legal battle over her original contract.

“All My Children Are Coming Home. Impossible Things Happen… Every. Single. Day,” she wrote on Twitter at the time.

Leonor's interactions with this alternative Ronwaldo reveal that she relies on storytelling to make sense of the...

November online spending up only 0.1% heading into Black Friday