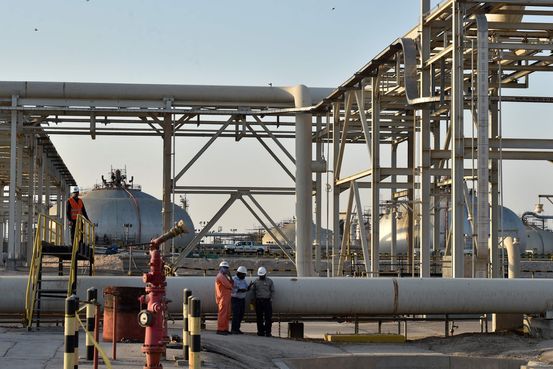 Some OPEC members are exploring the idea of suspending Russia’s participation in an oil-production deal as Western sanctions and a partial European ban begin to undercut Moscow’s ability to pump more, OPEC delegates said.

Exempting Russia from its oil-production targets could potentially pave the way for Saudi Arabia, the United Arab Emirates and other producers in the Organization of the Petroleum Exporting Countries to pump significantly more crude, something that the U.S. and European nations have pressed them to do as the invasion of Ukraine sent oil prices soaring above $100 a barrel.

Russia, one of the world’s three largest oil producers, agreed with OPEC and nine non-OPEC nations last year to pump more crude each month, but its output is now expected to fall about 8% this year. It couldn’t be determined whether Russia would agree to an exemption from the deal’s production targets.

So far, there is no formal push for OPEC to pump more oil to make up for any potential Russian shortfall, but some members in the Persian Gulf have begun planning for an output increase sometime in the next few months, delegates said.

A pre-markets primer packed with news, trends and ideas. Plus, up-to-the-minute market data.

OPEC’s 13 members and 10 non-OPEC producers led by Russia are set to meet on Thursday, when they are expected to approve a planned increase of 432,000 barrels a day—part of a series of incremental monthly increases designed to bring production back to prepandemic levels. Together, the OPEC and non-OPEC producers call themselves OPEC+.

The U.S. and European nations have said the deal isn’t enough to stabilize an oil market during Russia’s invasion of Ukraine, but OPEC+ has refused, sticking with a plan blessed by Moscow.

A spokeswoman for Russia’s energy ministry said she wouldn’t comment until the OPEC+ meeting on Thursday.

While Russia isn’t a member of OPEC, it has coordinated oil production since 2016 with the group in a coalition that controls more than half of the world’s crude output, giving Moscow sway over the oil market. The pact is called the Declaration of Cooperation, or DoC, among members.

Now, OPEC members, including within the cartel’s core group of Persian Gulf producers, have started to debate whether Moscow might have to stop participating in the group’s planned increases, delegates say. Russia’s production has fallen since President

launched the Ukraine invasion, and will likely drop further, according to Russia’s own projections.

“We all agreed that Russia is technically out of the effective participation in the DoC at the moment,” said an OPEC delegate.

OPEC delegates said they began talking about an exemption for Russia before the European Union agreed to ban Russian crude purchases, with some exceptions, and block insurers from covering its crude. However, the ban has accelerated talk about dealing with Russia’s lagging output.

OPEC has waived production requirements in the past for members under duress, including Iraq when it was under sanctions in the 1990s. Libya, Venezuela and Iran all currently have exemptions from any obligation to meet OPEC’s targets.

Russia has missed its production target, called a quota within OPEC, for several months.

“It does not make sense to make them stick to a quota,” said one OPEC delegate.

Whatever OPEC does, it is likely to try to keep Moscow as an ally, looking ahead to a day when its production could come back. Even with diminished output, Russia pumps more than all countries except the U.S. and Saudi Arabia.

Still, some members worry that exempting Russia from its targets will undermine cohesion in OPEC+. Russia would retain sway in the group without having to participate in raising or cutting production.

Without Russia, “what is the concept of OPEC+,” said one OPEC delegate.

If the group decides it must cut production in the future—always a difficult decision since it requires members to give up revenue—Russia would have an easier time saying no.

“The danger of allowing Russia to be quota free is that when we, in the future, are forced to cut, Russia will resist,” the Persian Gulf OPEC official said.

In recent weeks, Moscow’s representatives at OPEC+ internal meetings about the technical aspect of the oil market have pressed the group to revise its forecast for oil demand downward amid rising prices, OPEC delegates said. If OPEC sees demand faltering, it would make it harder for the group to increase production, the delegates said.

Write to Benoit Faucon at benoit.faucon@wsj.com and Summer Said at summer.said@wsj.com

HubSpot to cut around 7% of workforce by end of Q1

Here are the 2023 Newbery, Caldecott, and Printz Award Winners

Michael Jackson’s Nephew Will Play Him in Upcoming Biopic

Who better to play the King of Pop than his own nephew?The upcoming biopic of Michael Jackson...

PAY ATTENTION TO YOUR “GUT FEELINGS” FOR SOUND DECISION-MAKING