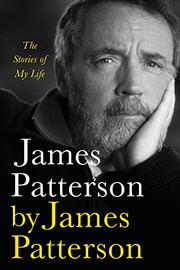 Publishing juggernaut Patterson offers an upbeat, lighthearted view of his happy and productive life to answer two important questions: “How did a shy, introspective kid from a struggling upstate New York river town who didn’t have a lot of guidance or role models go on to become, at thirty-eight, CEO of the advertising agency J. Walter Thompson North America? How did this same person become the bestselling writer in the world?” In short, punchy chapters, the author sketches his childhood in Newburgh, New York, where he went to Catholic schools, took piano lessons from an elderly nun, played sports, and eagerly accompanied his grandfather on early-hour runs delivering frozen foods and ice cream. After graduating from Manhattan College, Patterson got a full fellowship to a doctoral program at Vanderbilt but left after a year for two reasons: Staying would have thrown him back into the Vietnam draft lottery, and he didn’t see his future in academia. From an entry-level job as a copywriter at Thompson New York, Patterson rose to become creative director and, by the late 1980s, CEO. He fashions sprightly anecdotes of his work among the mad men of the advertising world. At the same time, he was writing at least two bestselling novels per year. In 1996, he quit to write full time. Patterson’s prolific output includes several mystery series, children’s books, romance novels, and nonfiction, sometimes co-authored: Dolly Parton (“down-to-earth, genuine, thoughtful, smart as a whip, funny, and self-deprecating”) and Bill Clinton are among his collaborators. Along the way, he’s met scores of famous people whose names drop like ripe apples: Tom Cruise, Warren Beatty, Idris Elba, George and Barbara Bush, and Clint Eastwood, among others. He and his wife have become literacy advocates, donating books and money to schools and libraries. A list of beloved titles appends the memoir.

6 Shirt-and-Trouser Outfits That Take No Effort to Style

Published: January 31, 2023(Photo by: Freeform/Kailey Schwerman) Elena may be over her head in the first season...

10 2022 Movies That Deserved An Oscar Nomination For Best Picture